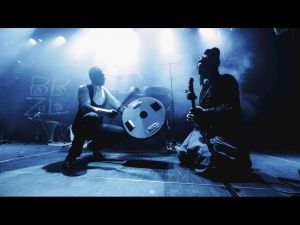 Baba Zula are a one-off, their “Istanbul psychedelia” offering an often madcap brew of Anatolian folk, krautrock and reggae. XX is in part a “Best Of” collection, although it chooses remixes and live tracks over the originals, and adds another disc of dub cuts for good measure. It's by turns playful and earnest.

Politically acute, challenging the authorities with trance-like joyous expression, Baba Zula are once again finding themselves overshadowed by developments in their own backyard…choosing a unique method of documenting that twenty-year career (and counting), Ertel explains: “None of the pieces here are in their original forms. Instead, we picked remixes, re-recordings, collaborations, live tracks, all the possibilities, but none of these have been released before.”